Designer Roger Tofte cuts the cake during the 50th anniversary celebration at Enchanted Forest on Sunday. 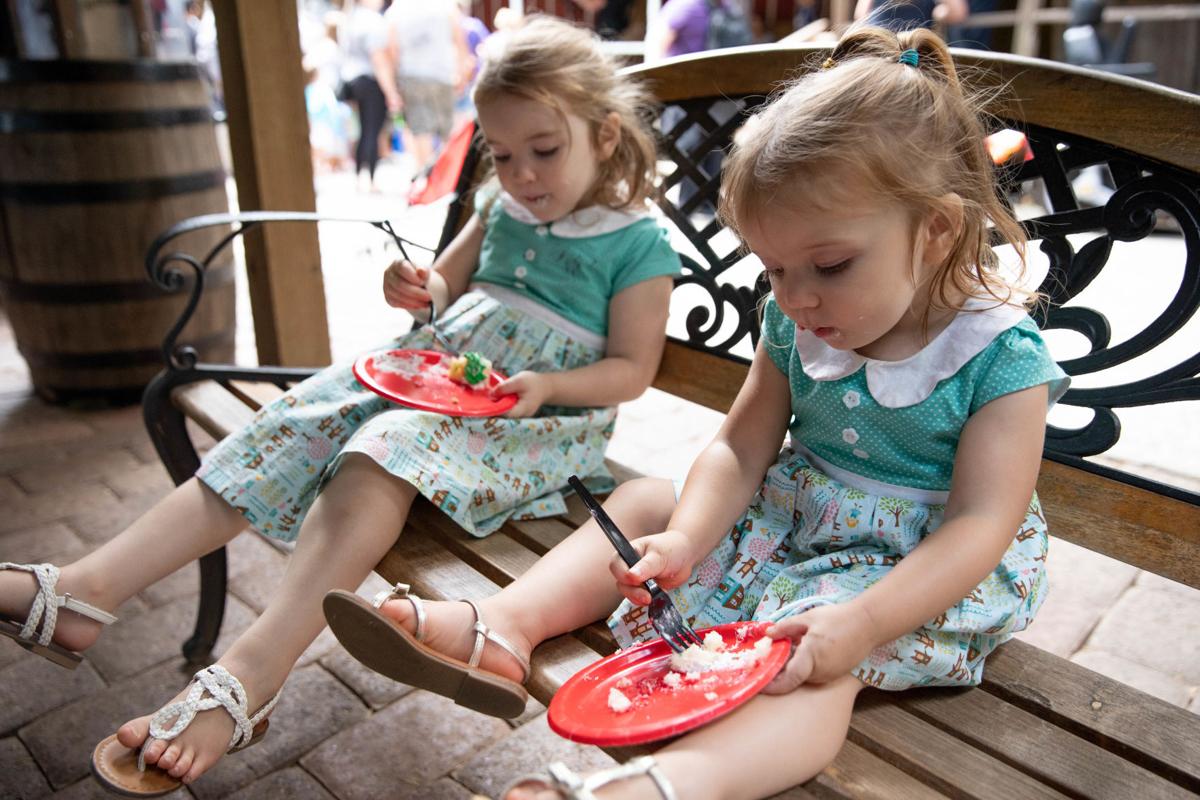 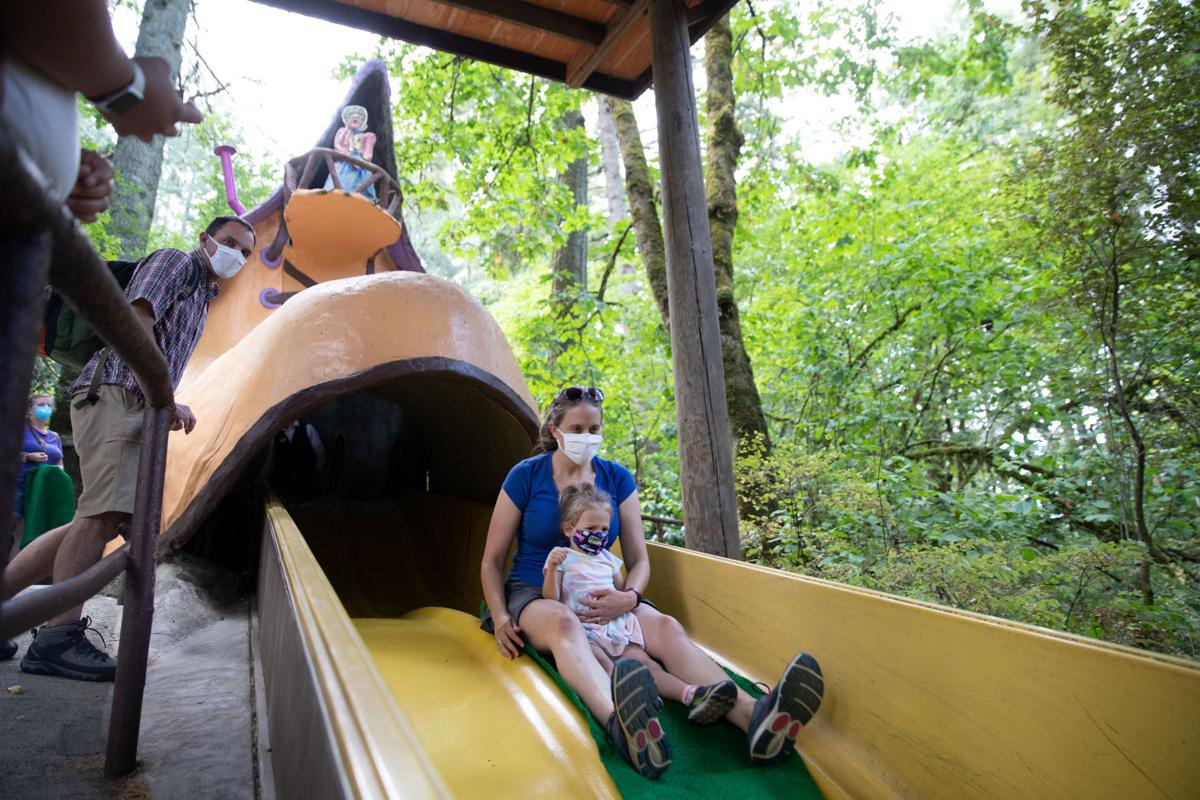 Sara Hansen and her daughter Audrey, 3, of Denver, take a ride on the toboggan on Sunday. 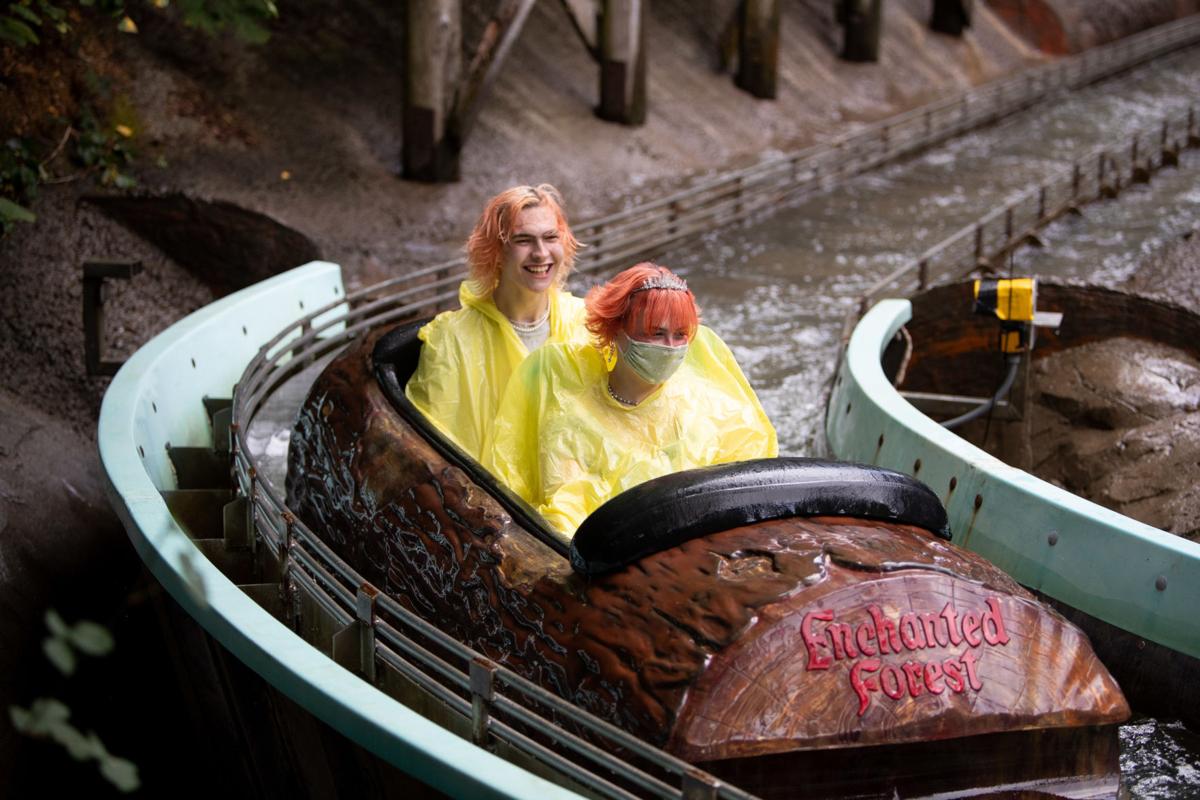 Sean Cooper, left, and Ken Ruddiman, both of Salem, take a ride on the Big Timber Log Ride.

Roger Tofte’s knife hovered above the sheet cake – decorated with a map of the Enchanted Forest – as the crowd counted the last 10 seconds until 1 p.m. Sunday.

Has a !” he carefully cut out the center of the garment to the cheers and cries of “Happy Birthday!” and, “Hip hip, hurray!”

The cutting of the cake marked the exact moment, 50 years ago, when Tofte first hung a butcher’s paper sign saying “Open” at the gates of Enchanted Forest, the family theme park he owns. built on Interstate 5 just south of Salem.

He had worked for almost five years, one sack of cement at a time, to build the first fairy-tale-themed section of the park. Most people thought he was crazy.

“At first I couldn’t convince anyone of the idea, even my family,” he told the audience gathered in Tofteville Western Town – built in the park’s second year of existence – for the ceremony. Sunday.

“I was often asked, ‘How’s Idiot Hill? “How’s the funny farm?” He said with a smile. “Anyway, I continued. Things worked.”

Susan Vaslev and Mary Tofte, daughters of Roger Tofte and co-directors of Enchanted Forest, estimated that at least 2,000 people attended Sunday’s birthday party. Everyone who was within earshot received a heartfelt thank you.